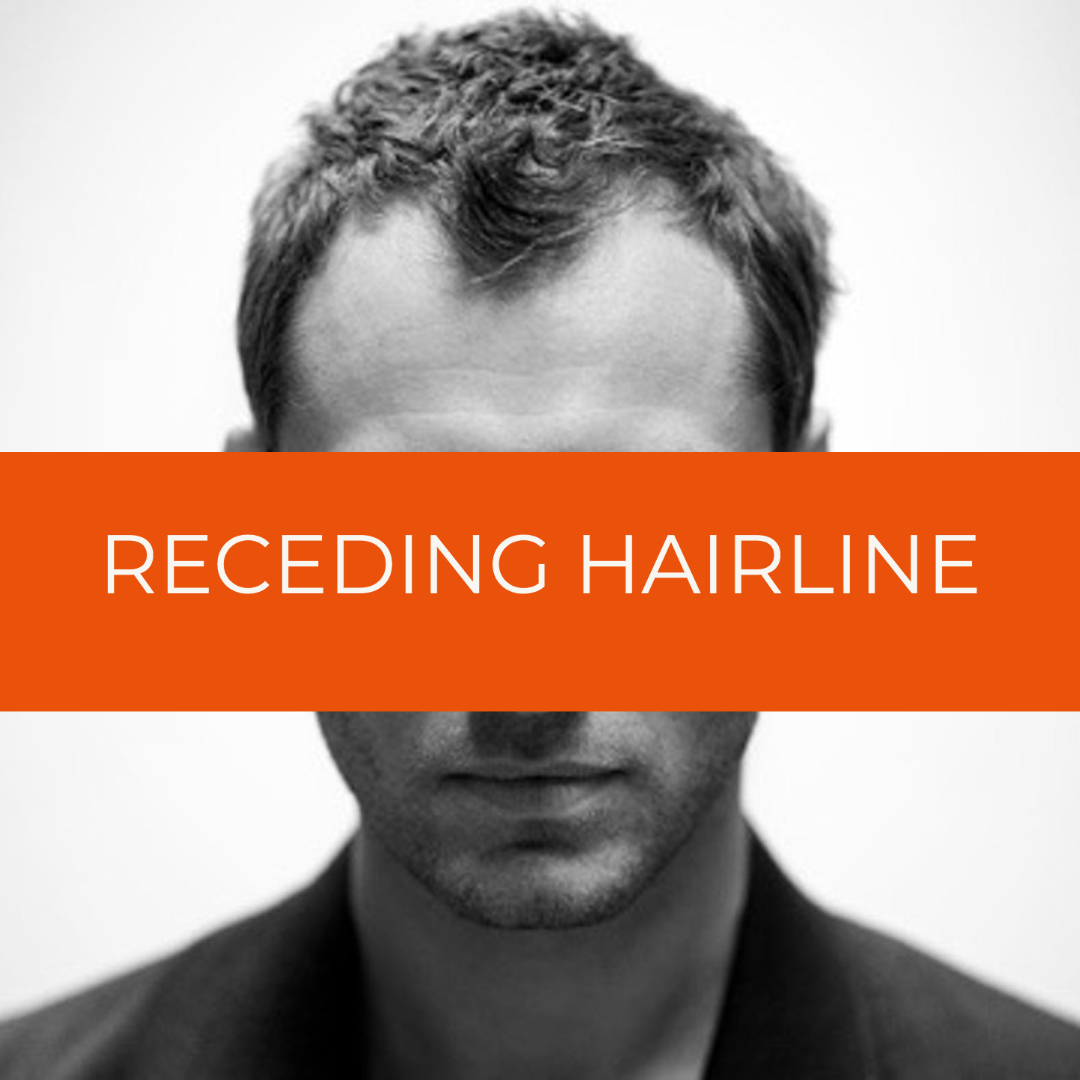 Millions of men and women suffer or will experience hair loss in their lifetime. The issue with hair loss is that you will start noticing it when you already lost a lot of them. Thinning hair can be more difficult to spot than a receding hairline. Often, you will notice that an area of your scalp has thinned after 50-60% or even more of the hair has already been lost.

However, thanks to advances in medical studies and technology, there are several treatment options available to restore a receding hairline, depending on the cause. There are some distinct signs and symptoms associated with a receding hairline, which are more likely to develop post-puberty or during adulthood.

For men, a receding hairline is often the first sign of male baldness. In most cases, this means that the condition will worsen. However, for some, this is just a sign of maturation, and nothing to be concerned about.

Maturing vs. Receding Hairline: The Difference

As we age, it is normal to notice some changes in our hairline. However, how to tell if these changes are just the result of a natural maturation process, or if they indicate concerning hair loss?

The hairline is a line separating your hair from your forehead and where the hairline naturally lies will depend on genetics and some other factors.

Early in life, males and females have a so-called “juvenile hairline” i.e. very low in the forehead and rounded (concave), and identical to girls’ hairline.

At adolescence, the hairline will naturally recede especially for males. This process is a natural part of physiological maturation, like developing a deeper voice or having a growing mustache. The hairline is raised slightly around 1 to 2 centimeters. Additionally, the hairline retreats quite evenly by losing its concave or rounded shape by becoming a bit more recessed in the area of the temples.

However, a receding hairline differs from the normal hairline maturation. In fact, this is a clear sign of male-pattern baldness.

Indeed, with time the hairline will recede even more. People might even experience hair thinning in areas behind the hairline. Ultimately, this process could lead to baldness.

What is a Receding Hairline?

You will also see that it creates the characteristic M-shape pattern, also known as the “widow’s peak”.

A receding hairline is the first sign of the most common type of male pattern hair loss i.e. Androgenetic Alopecia.

What Causes a Receding Hairline?

As stated, the sign of Androgenetic Alopecia is the M-shaped pattern of hair loss. And, as the condition worsens, the receding hairline will deepen. Then, after the temples area, the entire hairline will be affected. Then the crown part of the head will start to thin. Ultimately, the condition will lead to baldness.

This condition is widespread as around 25% of men before the age of 21 and over 80% of men by the age of 80 will experience a receding hairline.

It is most common for the hairline to recede or hair to fall with age. As we get older, our hair follicles tend to get damaged, causing hair loss and a receding hairline.

A receding hairline can be associated with family genes from both sides of your parents. If there is a history of baldness running in your family then you are, unfortunately, more likely to experience hair loss. On the other hand, if there is no baldness in your family then most likely your hairline is simply maturing. Some studies have shown that heredity accounts for around 80 percent of the predisposition to baldness.

Hormonal imbalances in both men and women can trigger hair loss. In men, the androgen hormone DHT (dihydrotestosterone) is believed to play a major role in the pathogenesis of AGA (balding process). In fact, DHT leads to the shrinking of hair follicles also known as hair follicle miniaturization. Eventually, the miniaturization in affected areas advances to complete baldness.

In women, factors like menopause can potentially lead to thinning of hair, though not always.

Diet choices like processed foods, sugary foods, foods with preservatives, and saturated fats can contribute to hair loss. Also, smoking can also lead to hairline recession. If you want to keep your hair and your health strong longer then adopt a healthy lifestyle.

There are other factors that contribute to AGA such as the environment, hair care routines, medication, stress, and illness.

If you suspect that your hairline is receding, then you can book a free consultation at Nar London, Harley Street. We will be able to see the stage of your condition and can propose a course of treatments to get back your hair.

Sorry, the comment form is closed at this time.

Any cookies that may not be particularly necessary for the website to function and is used specifically to collect user personal data via analytics, ads, other embedded contents are termed as non-necessary cookies. It is mandatory to procure user consent prior to running these cookies on your website.